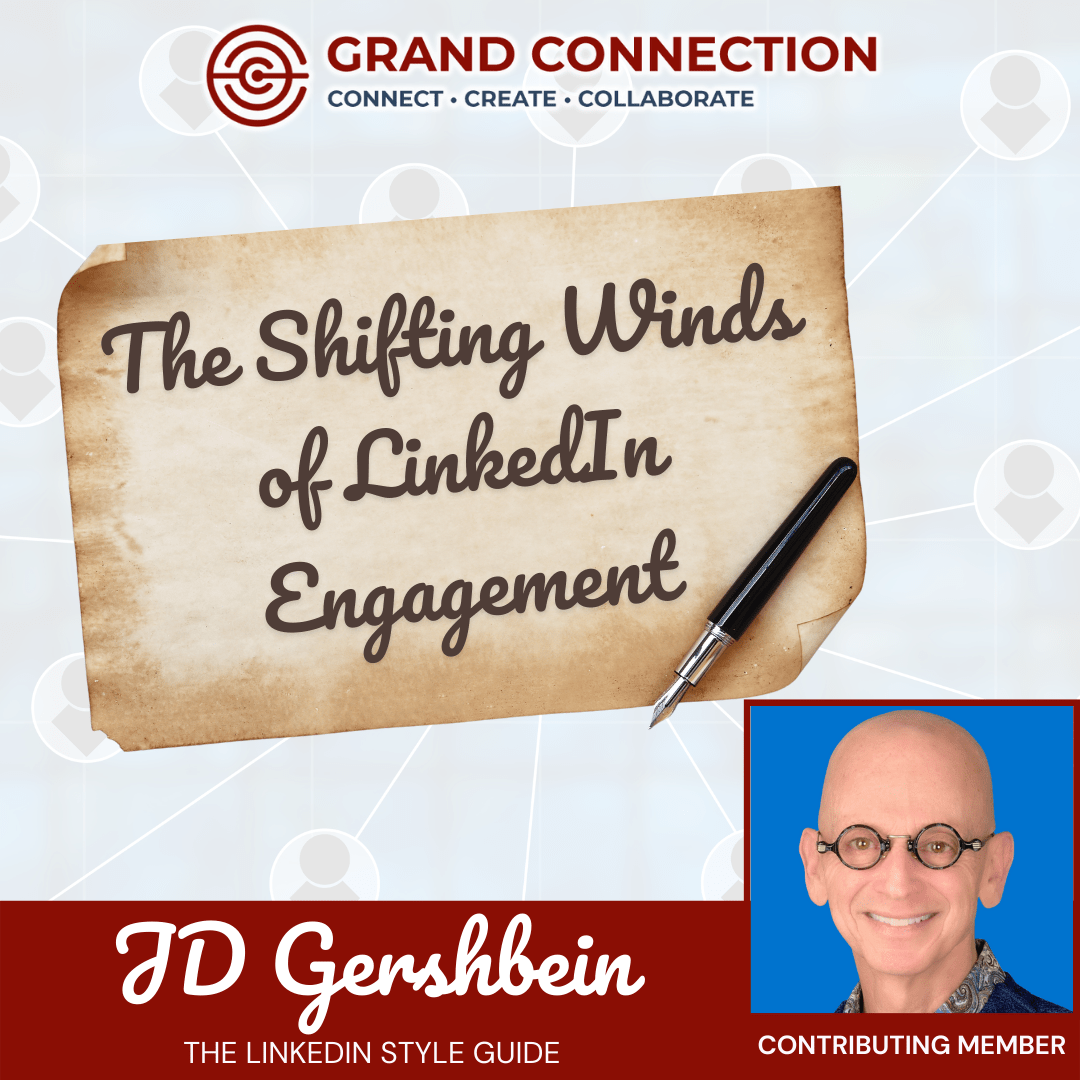 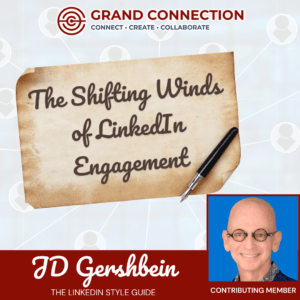 Hailed as the social networking site for business professionals since its inception, LinkedIn continues to thrive in a highly volatile social media climate.

As of this writing, the site, nearing a generation into its existence, is awash with activity—a far cry from what it looked like back in the day.

As LinkedIn has changed, so have the ways we engage on it.

We no longer communicate purely for new business or new employment.

LinkedIn now holds a mirror to the human condition.

The Dawning of LinkedIn Engagement

The origin and expansion of LinkedIn is a Big Bang theory of sorts, a kind of cosmic happening, part of a perfect storm.

Propelled by its mission statement of connecting the world’s professionals, the site steams ahead, continually refashioning and reshaping its foundation.

From its first iteration—a crude prototype by today’s standards—LinkedIn has shaken loose from its knee-jerk perception as merely a job seeker site and become a transformational force for business and career mobility.

Since 2006, I have chronicled user patterns, tendencies, and tastes and can confirm that capturing the ever-changing Zeitgeist of LinkedIn in words is no easy task.

Early LinkedIn did not emphasize engagement to an appreciable extent, nor was there any discussion about the dreaded algorithm.

In February 2008, the first “real” user posts, called status updates, arrived on the scene. They were typically benign, brief, time-stamped descriptions of a particular project, interest, or event—usually submitted without a featured image.

Within the text box, the author answered the question: what are you working on today?

As LinkedIn grew, more members awakened to its possibilities and began to leverage the platform’s interactive space.

In April 2014, LinkedIn rolled out its integrated publishing platform, Pulse—which up until then was only available to designated influencers—giving all users access and the capability to publish their original work and grow a loyal following.

The move, aimed at driving brand presence and increasing engagement, precipitated a torrent of original content across the site, much of it didactic and preachy.

The creator economy had descended on LinkedIn, and users were increasingly marketing themselves with intent and monitoring the metrics.

[Paul Saffro, a professor at Stanford University, coined the term “creator economy” in 1997.]

The Humanization of the LinkedIn Platform

The most radical transformation of LinkedIn has come through user-generated content.

The gig economy’s growth, the clamor for influencer status, and the rise of self-produced video content have redirected the business conversation.

Factor in the generational shift—the ascension of Gen Xers to the C-suite and a steady infusion of Millenials and Gen Zers into the mix—and LinkedIn has taken on a more youthful, carefree vibe.

I first noticed the tide turning on LinkedIn engagement during the 2016 presidential election. The posts were becoming increasingly political, and the comments took on a certain edginess I had never seen before on the site.

After Election Day, many folks could no longer contain their emotions and took to LinkedIn to let their feelings be known. The growing number of incendiary and objectionable posts struck me.

With a clenched jaw, I watched as some threads gained momentum and became a war of words that raged on for weeks.

It was during that same year that Microsoft acquired LinkedIn. Significant changes were on the horizon; this, we knew.

In Q1 2017, the changes rained down hard. LinkedIn revamped its user interface and systematically rolled out new features designed to streamline navigation, increase the frequency of relevant content in a user’s feed, support the trend of native video, and catalyze meaningful one-on-one conversations.

What I called The Great Makeover of LinkedIn put us at the headwaters of a new era in LinkedIn engagement.

Increasingly, people were crafting and propagating Facebook-y content that irritated the LinkedIn purists, who deemed them inappropriate and believed users should focus on creating business value with their posts.

I’m not opposed to a bit of whimsy on LinkedIn; I did not feel these posts were particularly “valuable” or thought-provoking. Engagement patterns were changing yet again.

Humankind has been in a continuous state of pivot since the pandemic virtualized the world in March 2020 and dissolved the fine line between our professional and personal lives.

Suddenly, navigating a devastating global health crisis became the chief focus of businesspeople who flocked to LinkedIn in droves to maintain a sense of connectedness with their clients, colleagues, stakeholders, and teams.

Technology, that bane of our existence, became the glue that held us together as a species.

The pandemic exposed our delicate underbelly and, like a shot of truth serum, brought our innermost thoughts and fears to the surface.

As stress levels mounted and grief poured forth, LinkedIn absorbed the shock and offered the cathartic release. The loss of routine, our increased reliance on LinkedIn, and heightened freedom of expression spawned desperate pleas for business or employment. The tone of some posts grew more brooding. Formality and convention went out the window. People dredged their minds and let it rip.

The Great Resignation, the installation of new norms, and the challenges of negotiating hybrid work have radically altered the prevailing ethos of LinkedIn.

While many users chronicle their professional lives and tout their accomplishments, others treat LinkedIn as their personal confessional, sinking into feelings of helplessness, patterns of impostor syndrome, and attention-seeking behaviors.

Once a site reserved for business content, LinkedIn is now a forum for shedding life’s burdens and a reliable barometer of our culture.

Business people understand they must liberate their voices and engage in the virtual world to grow.

We are bound to see more posts that amplify human frailty and highlight social injustice, gender inequities, and mental illness.

LinkedIn will continue to hold space for professionals whose emotional outflow spans the euphoria of success and the bitter sting of failure.

We can expect new features and functions to nurture our community, boost our creativity, and bring out our best. And through all the transparency, vulnerability, and interpersonal motivation, we sell.

Since 2006, JD Gershbein has been at the forefront of the social media conversation. One of the world’s first independent LinkedIn consultants, JD pioneered a model of authentic business communication that serves ambitious professionals striving to make their mark in the Digital Age.

As a speaker, facilitator, writer, and media producer, he draws upon his diverse academic background—a fusion of psychology, neuroscience, and the humanities—and the improvisation skills he honed at Chicago’s famed Second City to bridge the knowledge gap that exists between professionals and the virtual world. Widely regarded as a leader in personal branding, social networking, and social entrepreneurship, JD is blazing a trail as one of the most original personalities in the professional development arena.

Check out the recording of JD’s talk in the membership hub.